One last thing before I close this site

To all my past students:
to the literacy class I taught in juvenile prison at 16, to Mr. Beckman's 6th grade class I taught in when I was 17, to all the student teaching experiences I had at the four universities I attended, especially IMARC in Hermosillo, Mexico and the experimental year-round school in Lathrop CA, to the students I encountered in Dendera and Nyadiri, Zimbabwe, and the American University in Cairo, Egypt, to the Vietnamese refugees I taught English to in Richmond, CA and to classes in Stockton (inc. SJ Delta College), Campbell, Santa Clara, Cupertino, San Jose and Sunnyvale, CA, AND to all the students I have had the honor to teach in 40 years at the Università degli Studi di Messina.

I thank you all for letting me accompany you along your path to English learning. You have made me think and laugh, and you have made me proud of you. I still love teaching and still find ways to make it new. However, my time is up. So, I will tiptoe out the door.

But not without first virtually shaking all your hands and thanking you for the joy of almost 50 years of teaching. Please stay in touch: on facebook: www.facebook.com/martin.pedersen.7106; twitter: @emartinpedersen; instagram: emartinpedersen; email: martinpedersen1255@gmail.com; websites: emartinpedersen.com / emartinpedersenwriter.blogspot.com. If you like, follow my writing and music and tell me about yourselves, where you are and what you're doing through the upcoming years. I really want to know.

If you see me in person in Messina or Furnari or Tracy or San Francisco, please say hello. I'll be very happy to see you again outside the classroom. Never stop learning. Always be curious.
Good bye and Good luck,
Martin Pedersen
Posted by E. Martin Pedersen at 7:24 AM No comments: 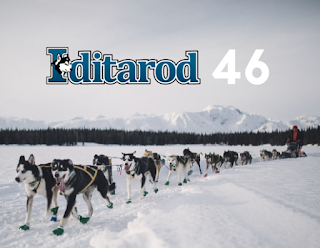 Alaska is jumping with excitement as the Iditarod dog sled race begins today, Saturday March 3rd. Which musher will win? One of the old-timers: Martin Buser, Jeff King, DeeDee Jonrowe, or a younger musher like one of the Bennington twins or a Redington brother, or one of the favorites: Nicolas Petit, Joar Ulson, Jessie Royer, Aily Zirkle, Aaron Burmeister, or last year's champion, the great Mitch Seavey? Make your prediction, follow the race from one checkpoint to another, and we'll see the result in about 9 days. Good luck to all the wonderful dogs. Gee! Haw! and ... Mush!
Posted by E. Martin Pedersen at 9:00 AM No comments: 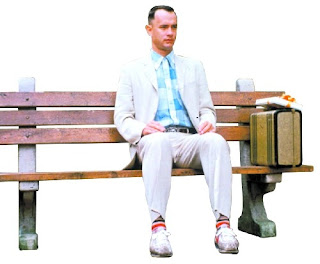 "Forrest Gump" is a 1994 American drama film directed by Robert Zemeckis. Forrest it is the main protagonist played by Tom Hanks. Raised in the 50s in rural Alabama by a single mother, Forrest, being "different", must fend for himself, struggling against not only perceived expectations but boyhood bullies. He is not stupid. Although his IQ is 75, he sees the world far clearer than most. Despite his sub-normal IQ, Gump leads a truly charmed life, with a ringside seat for many of the most memorable events of the second half of the 20th century. Forrest teaches Elvis Presley to dance, becomes a football star, meets Kennedy, serves with honor in Vietnam, opens a profitable shrimping business, decides to run back and forth across the country for several years and many other things. But the film ambles along over a deeper, darker layer: Forrest's love for his childhood girlfriend Jenny, who makes her own journey through the turbolence. This movie received a lot of accolades and encloses different morals. The most meaningful for me is that "Stupid is as stupid does."

Posted by E. Martin Pedersen at 9:55 PM No comments: 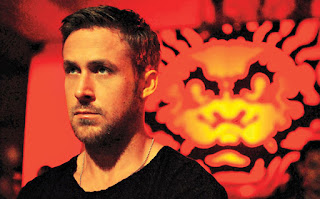 Only God Forgives is a thriller from the Danish director Nicolas Winding Refn. The main character is interpreted by Ryan Gosling, who employs a glacial and almost invariable facial expression. The plot is quite simple: the main character's brother is killed after having raped and killed a prostitute; the mother of these two brothers tries to take revenge but the protagonist doesn’t help her because he thinks that his brother is guilty. Nevertheless, when his brother's killer decides to murder her too he tries to protect his mother, even if without success.

As most of Refn’s movies, the plot isn’t so important: the soundtrack and the photography convey to this movie an unique atmosphere, making the viewer feel violence even when it isn’t actually shown on screen. Violence is also the movie’s main theme: a single violent act brings to an unstoppable climax of blood. Another theme is the choice: the main character is not sure of his actions and often stares at his hands, the means with which he can act to change the world around him, and at the end of the movie he lets his brother’s killer cut them, refusing to have to act again. In order to focus the attention to these themes there are just a few dialogues, and they are all quite short. While directing Only God forgives, Refn wasn’t trying to create just a simple thriller as many others.
Posted by E. Martin Pedersen at 11:59 PM No comments: 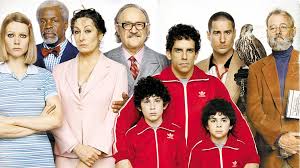 The Royal Tenenbaums is a film that portrays the growth, the problems
and the difficulties of understanding each other of an American family. The movie opens with the introduction of the members of the Tenenbaum family: the three children Chas, Margot and Richie, with their unusual talents (they are a financial genius, a prodigy in the art of writing plays and a tennis champion respectively), and the parents, Etheline and Royal, probably too focused on their lives. The whole family, with the only exception of Richie, do not get along well with the father: he is a cheating husband for Etheline, an uncaring father for Chas, who seems not to be living a real childhood, and  an unsentimental parent for Margot, which is always reminded to have been adopted. This whole situation will lead to the interruption of the relationship of the entire family with Royal, although, as far as regards the legal aspect, he won’t divorce Etheline.

22 year later, two decades of failing had covered the early success of the Tenenbaum children. In the meanwhile, Royal has run out of money and, at the same time, has discovered that Etheline is probably going to marry another man, Henry, former accountant of the family: in order to solve both of these problems, Royal decides to pretend to be terminally ill to get close to his family.

Obviously, it isn’t easy: the entire family really looks like a sinking ship. Chas, after losing his wife in an accident, has become an overprotective father. Margot is living an unhappy life, married to a man she doesn’t really love. Richie, that has always been secretly in love with Margot, suffered and keeps suffering because of this aimless love. Even Etheline, despite everything, proves not to understand her family: for example, she hasn’t ever acknowledged the crippling, clear depression of Margot. However, the return of Royal, probably the cause of all the troubles, will resolve them too: through his help, his adult children, together with his spouse will start acknowledging their problems: Richie and Margot will learn how and who love,  Chas will accept the loss of his wife and Etheline will be legally free to marry his new love. At the same time, Royal will save himself, becoming a man who really understands what is worth loving. In this sense, the epitaph of his grave will figuratively describe his life: “Died tragically rescuing his family from the wreckage of a destroyed sinking battleship”.

As almost every Anderson movie, The Royal Tenenbaums is focused on father-son relationships: in this case, it is underlined the necessity of a family and the lack of growth in children not loved (or not loved enough): a perfect example is represented by the clothes used by the protagonists during their lives: basically, they do not change. The only one who changes dressing style is Chas, who, on the contrary, wore suits in his childhood and jumpsuits in his adulthood, remarking maybe an inevitable regression. Moreover, although mature, Chas, Richie and Margot keep on acting childishly while relating with their parents.

Besides, what is important is Wes Anderson’s way of directing: basically, he totally reverses the concept of film-making: instead of trying to involve the viewer in the film, making him forget he is properly watching fiction, Wes Anderson wants the audience to be conscious of the fact that what is running is a film. One of his tool to recreate the effect is the one of the frame: every Anderson’s story isn’t portrayed in media res: usually it is told by a character who’s not part of it or it is narrated as if the voice-over was reading a book. In this particular case, the voice over is truly reading a book: the director doesn’t allow us to understand who’s the author, but the story of the Tenenbaums is written as a novel. In addition, every chapter is preceded by the visual images of a chapter of the book, therefore it is impossible for the audience to forget to be watching a movie.

The impression of fiction is given by the movement of the camera and the composition of the elements in the scene too: sometimes it really looks like the audience is watching a picture instead of a movie, where the characters instead of being portrayed, are drawn. In this case, it is essential the usage of color: every scene is composed by at least 4-5 dominant colors which help the idea of reading a novel.

Furthermore, all these aspects lead to one of the major features of the film: this is a tragedy, but everything is shown to be amusing, as if there was a kind of barrier between the audience and the characters. The perfect example, in this case, is the scene of Richie’s attempted suicide: honestly, it is almost impossible to portray a more intense scene than this, where every aspect, from the soundtrack to the astounding performance of Luke Wilson, lead to move intensively the audience, but, still, the director manages to give an ironic (and strangely appropriate) shade to the subsequent scene.


In conclusion, this is Wes Anderson’s art, probably the outsider of nowadays cinema.
Posted by E. Martin Pedersen at 11:10 PM No comments: 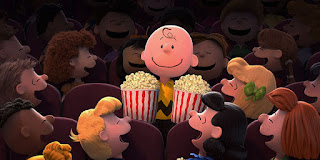 Thanks to Sara Lo Turco and her group.

Posted by E. Martin Pedersen at 1:46 AM No comments:

TWO HOURS A DAY. TWO HOURS A DAY.
Do you speak English? YES, I DO.
To remember a new word, write it down. WRITE IT DOWN!
YOUNG AND STRONG.
A paragraph is the development of one idea.
Let's eat Grandma. Let's eat, Grandma. Commas save lives.
Two brothers ...
That's life.
I like coffee ...
FINISH THE BOOK! 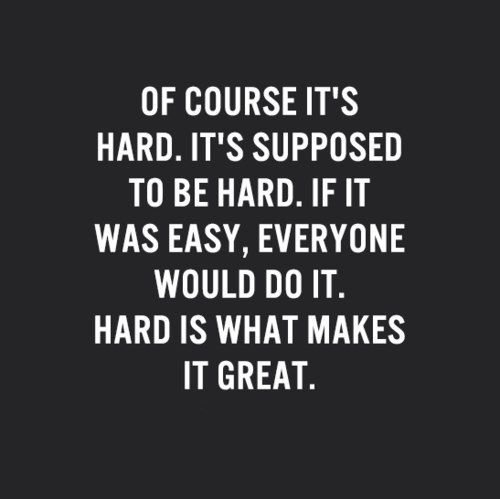 This blog was originally produced by the students of the Specialist in English course, 2012, University of Messina. Then it was updated by students in the 2015-16 courses and later. It is used for learning purposes only, therefore we feel free to use copyrighted material. If we post a picture or text that you own the rights to, just ask to take it down and we will. Otherwise, thank you for reading our work. 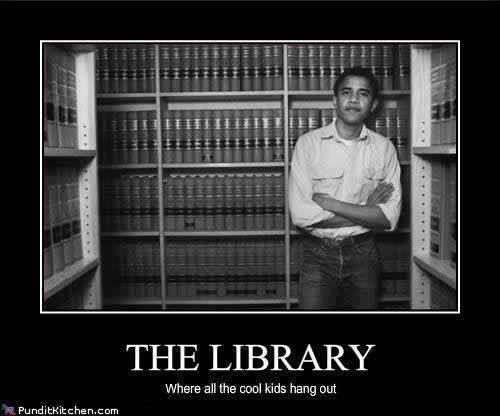 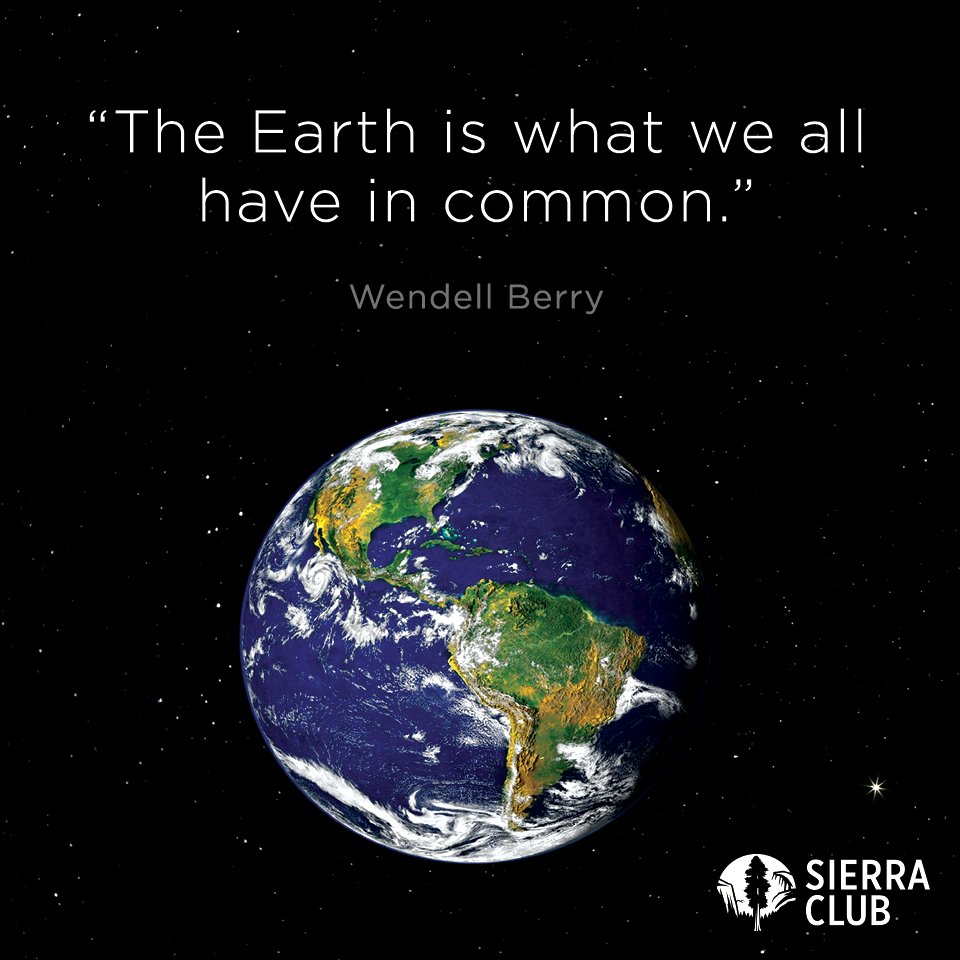